The History of the Society 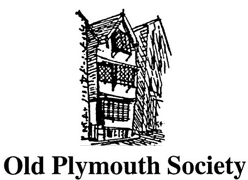 The roots of the Society started to grow in 1927 when some prominent Plymouth citizens objected to the threatened demolition of old houses in the Barbican area. They set up the Old Plymouth Fund to combat such wanton destruction of the City’s heritage, its first achievement in 1929 being the rescue of the derelict property at 32 New Street, saving it from demolition, placing it into an excellent state of repair and giving it to the City to become known as ‘The Elizabethan House. On 17th January 1930 the committee members of that fund and ‘others interested in Ancient Plymouth’ met in the Council Chamber and the Old Plymouth Society was founded. The objective of the Society at that time and through the 1930s was the preservation of the remaining ancient landmarks of Plymouth, which included whole ancient buildings, and fragments of others that were known to exist within certain houses.

Then came the 1939-45 war, which destroyed much of Plymouth, followed by post-war planning which destroyed a lot more. In 1957 the Society commenced a fund to fight the Corporation’s plan to again demolish many fine old sixteenth century houses in New Street and Looe Street in the name of ‘slum clearance’. That fund became the Barbican Association, a Limited Company, which owns and leases many of the key properties in the area, and took over a major part of the parent Society’s work. Thus the driving force of the Society waned, original members growing old and/or disinterested in their much-reduced role, such that its last meeting of members took place in 1968. Its name and ideals were barely kept alive by Stanley Goodman, acting as a `one-man band’ until his death in 1991, which appeared to mark the end of the Society.

It certainly did not mean that there was no interest amongst the citizens of Plymouth in its history, buildings, people or heritage. Crispin Gill, the well-known local historian and writer, thought such a Society should not be allowed to fade into obscurity. He held the reins after the death of Stanley Goodman and convened a meeting in the Prysten House on the 4th of March 1992 to ascertain the strength of feeling for a revised Society. Some forty persons attended that meeting, providing an excellent nucleus for a revised endeavour. A further meeting took place on the 1st of April when a committee was formed and charged with drawing up a suitable programme of events and meetings within the Society’s declared revised aims of “promoting interest in, research into, and preservation of Plymouth’s heritage”.

The revised Society, retaining its original name, held its first meeting at the Abbey Hall on the 10th of July 1992 at which some seventy persons attended to listen to an address by Crispin Gill, who had become the Society’s President. Since then the membership has greatly increased to around two hundred, and the Society has evolved into a local history group with a year round programme as detailed [here].

Find out about the latest News & Events.